Sentinels of Earth-Prime is a cooperative card game that recreates the pulse pounding action of superhero comics. This epic team up between Green Ronin Publishing and Greater Than Games uses the rules of the hit game Sentinels of the Multiverse and the setting and characters of the critically-acclaimed Mutants & Masterminds Roleplaying Game. Play a hero of the Freedom League like Lady Liberty, Captain Thunder, or Johnny Rocket striving against the schemes of villains such as Argo the Ultimate Android and Omega, Lord of the Terminus, in dynamic environments like Tartarus and Freedom City.

Sentinels of Earth-Prime is a stand-alone game but everything is 100% compatible with previous Sentinels of the Multiverse releases and decks can be mixed and matched as you desire.

Earth-Prime needs heroes! Will you answer the call?

Sentinels of Earth-Prime contains everything you need to play:

Along with the core game box, we also have four expansion decks for Sentinels of Earth-Prime that introduce two new heroes (Eldritch and Lantern Jack), one new villain (Malador the Mystic), and one new environment (Sub-Terra). 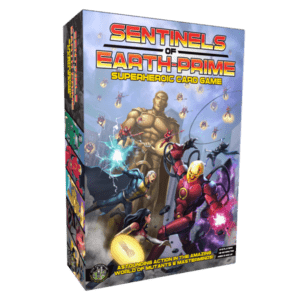 Missed the Kickstarter? The game is at press, which means you can pre-order Sentinels of Earth-Prime today! 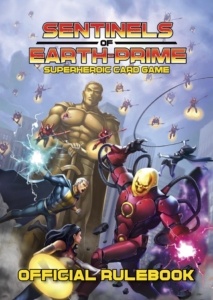 You can download the full Sentinels of Earth-Prime rulebook here.

Aaron also wrote an Earth-Prime novel called Height of the Storm that’s available in our online store in print and PDF format. 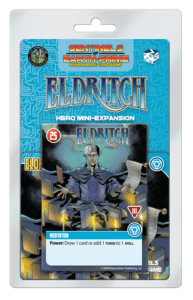 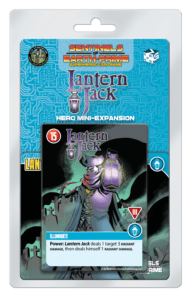 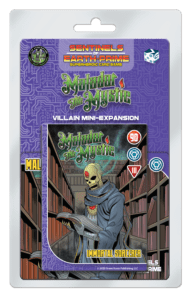 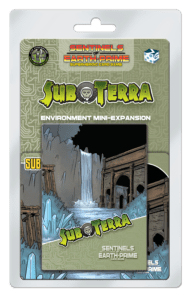 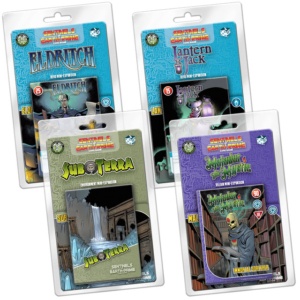 The World of Earth-Prime 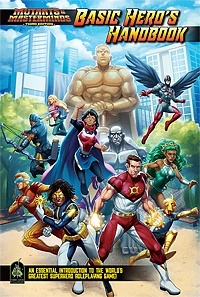 Earth-Prime is the setting of Green Ronin’s Mutants & Masterminds RPG. First detailed in the Freedom City sourcebook and receiving its ultimate expression in the Atlas of Earth-Prime, it is a four-color world of excitement and adventure. The greatest heroes of Earth-Prime are the Freedom League, who have been thwarting dastardly villains since the 1970s.

For generations, Freedom City has always had a battling Bowman. The first Bowman, and his young ward Arrow, fought criminals and Nazis in the 1940s.The current Bowman, Fletcher Beaumont III, honed his skills as a member—and then leader—of the Claremont Academy’s Next-Gen team, before accepting an invitation to join the Freedom League following his graduation. 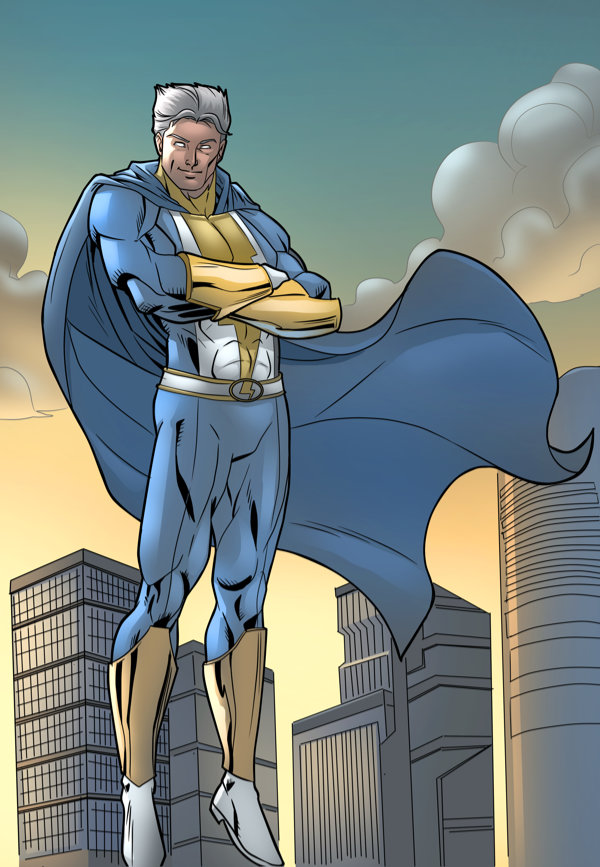 Test pilot Ray Gardener was transformed into the mighty Captain Thunder when a freak storm conjured by rogue scientist Dr. Stratos zapped his cockpit with lightning. Using his newfound powers of super-strength, invulnerability, flight, and electrical control, Captain Thunder brought Dr. Stratos to justice and became one of the world’s greatest heroes, the leader of an all-new Freedom League.

Scholar. Genius. Philanthropist. Inventor. The man known to the world as Daedalus is a legend hidden in plain sight, for he is, in fact, the mythological Daedalus, who designed the labyrinth to contain the Minotaur for King Minos. Daedalus wears a gravity-powered suit of armor of his own invention, and defies the schemes of Hades, the Olympian god who longs to finally claim the immortal inventor’s soul. 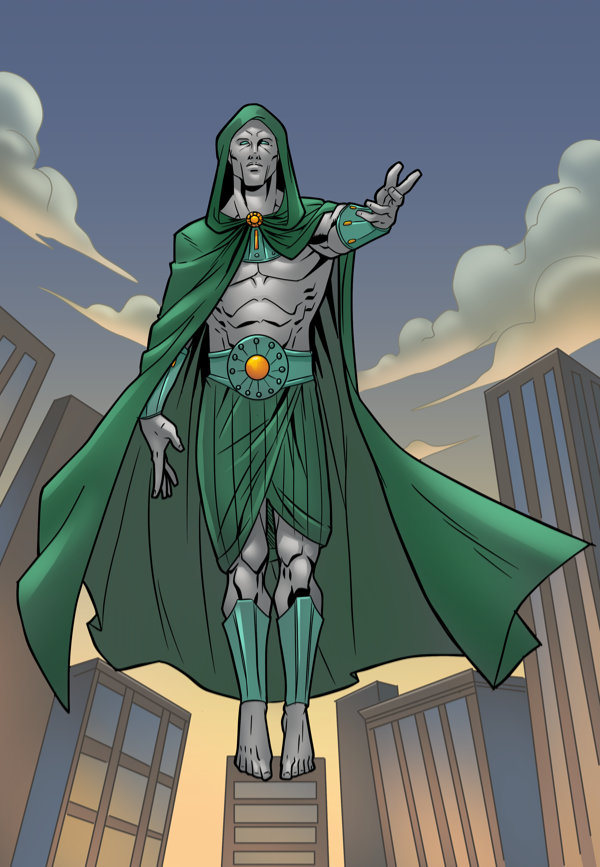 In the aftermath of the Terminus attack on Freedom City, rescue workers searching through the rubble saw a figure of concrete, steel, and glass rise up like a ghost, discarded cloth wrapping him like a hooded cloak. “I am Metropolis,” he intoned. “I wish to help.” Ever since, the mysterious master of metropolitan structures has been the self-appointed guardian of the city and its people and a stalwart, if stoic, member of the Freedom League. 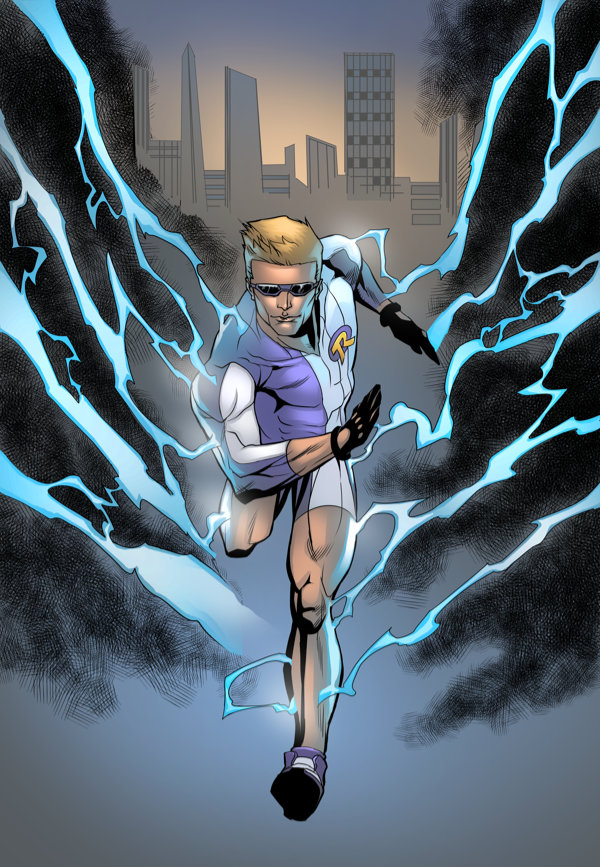 John Wade learned that his grandfather and namesake was the superhero Johnny Rocket during World War II on the day when an old foe sought revenge on the elder Wade and his family. A surge of adrenaline triggered Johnny’s own latent powers, giving him the superhuman speed he used to save his grand father. Johnny’s speed has given him a reputation for leaping into action and he never hesitates when it comes to saving lives or doing what he thinks is right. 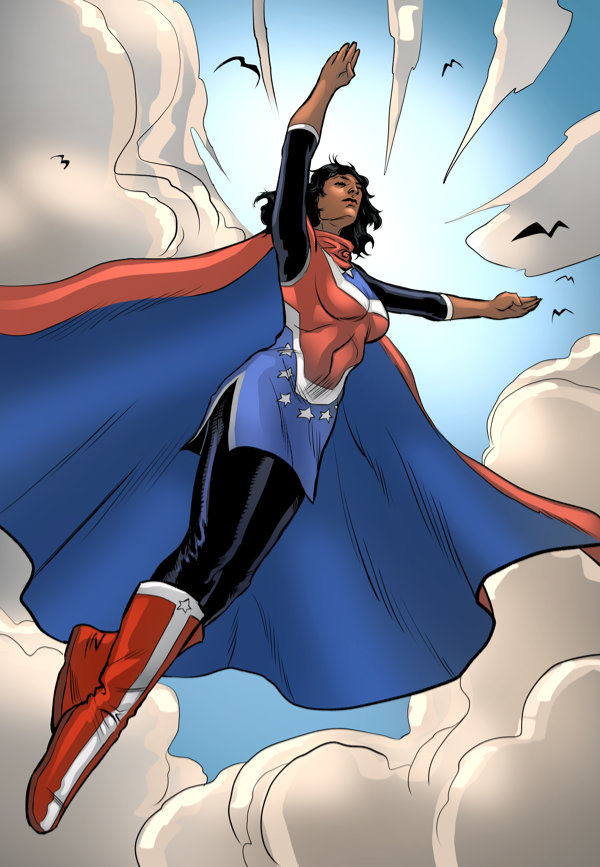 At times in American history, the Spirit of Liberty has chosen a woman as its champion, starting with Elizabeth Forester during the Revolutionary War, up through Donna Mason during World War II. The current Lady Liberty is Beth Walton, who wields the all-freeing light of liberty in her fight for justice. 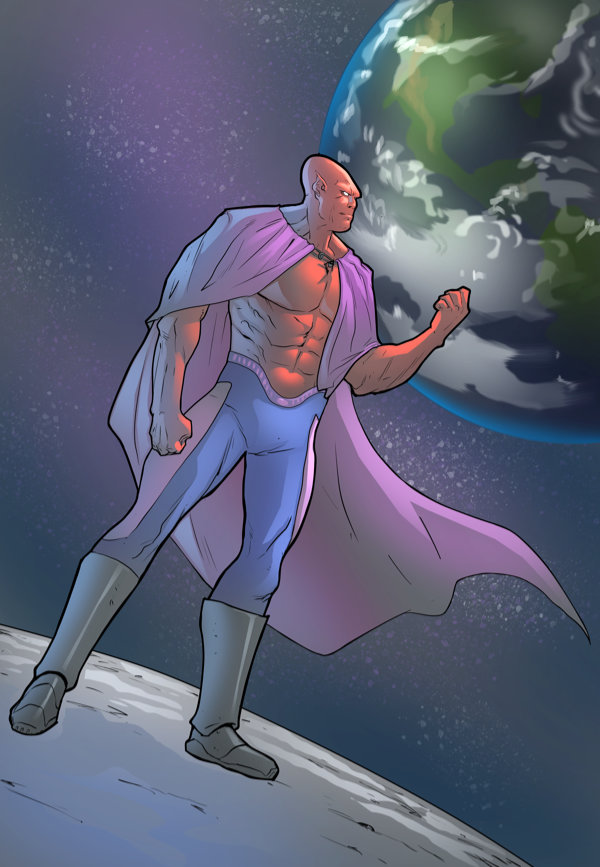 Pseudo is a rogue alien who defied the will of the Grue Unity to warn humanity of the impending invasion and aided the heroes of Earth-Prime in repelling it, using their innate shape-changing and telepathic abilities. Exiled without a world or a people, the Grue adopted the public name “Pseudo” and accepted the Freedom League’s offer to make Earth-Prime their new home and continue learning about and protecting its people. 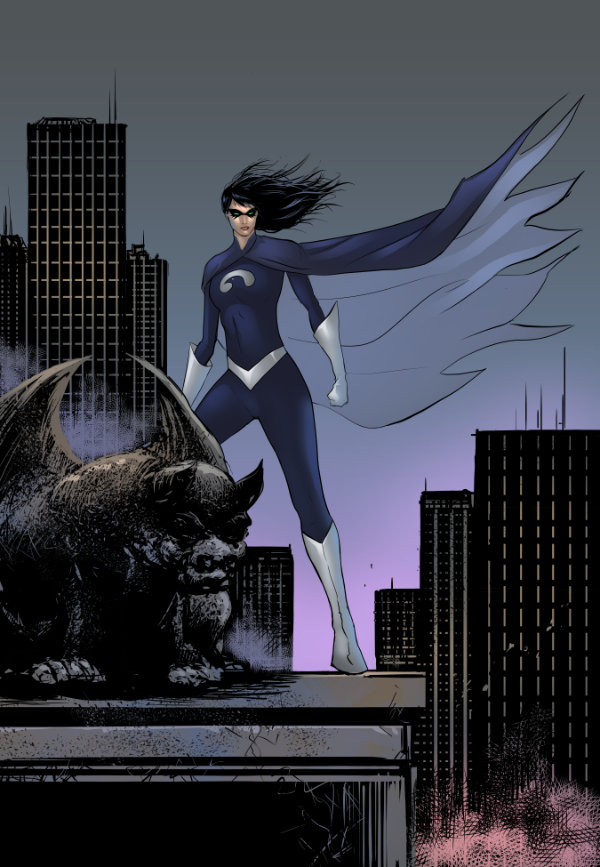 Callie Summers grew up the daughter of wealthy Manhattan socialites Duncan and Jasmine Summers. It wasn’t until her sixteenth birthday that Callie learned her father was once the superhero known as the Raven, and that her mother was the daughter of his arch-foe Dr. Sin! She took up her father’s mantle and swore to honor her mother’s sacrifice. Now criminals feel a stab of fear once again when a winged shadow falls across them and they hear the voice in the darkness call “Nevermore!” 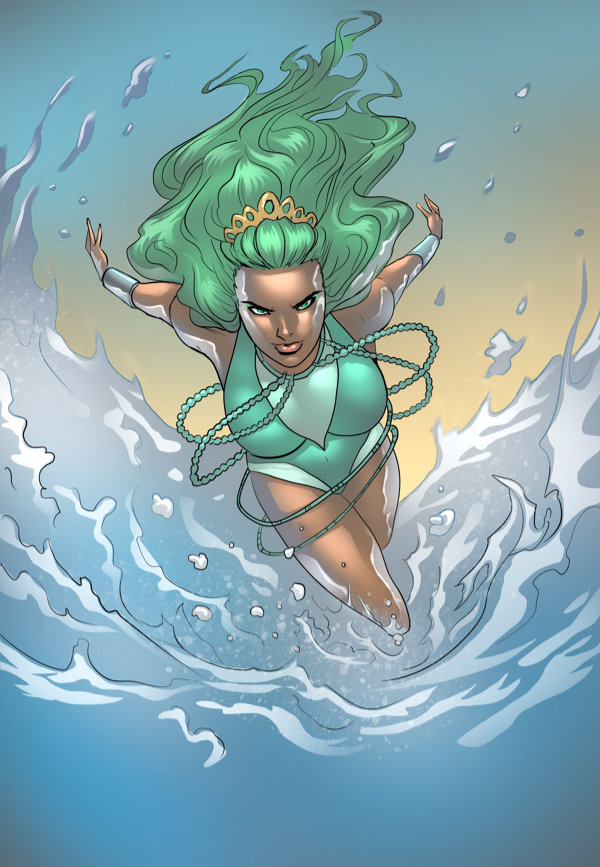 The Voodoo loa Siren, mistress of the seas, entered psychology student Cassandra Vale’s body and became as one with her to save her from a watery grave. She rose from the waters, riding on the back of a shark, and made short work of the pirates who tried to murder her. Since then, in times of need, Cassandra can transform into Siren to wield her mystic, elemental powers for the good of all. 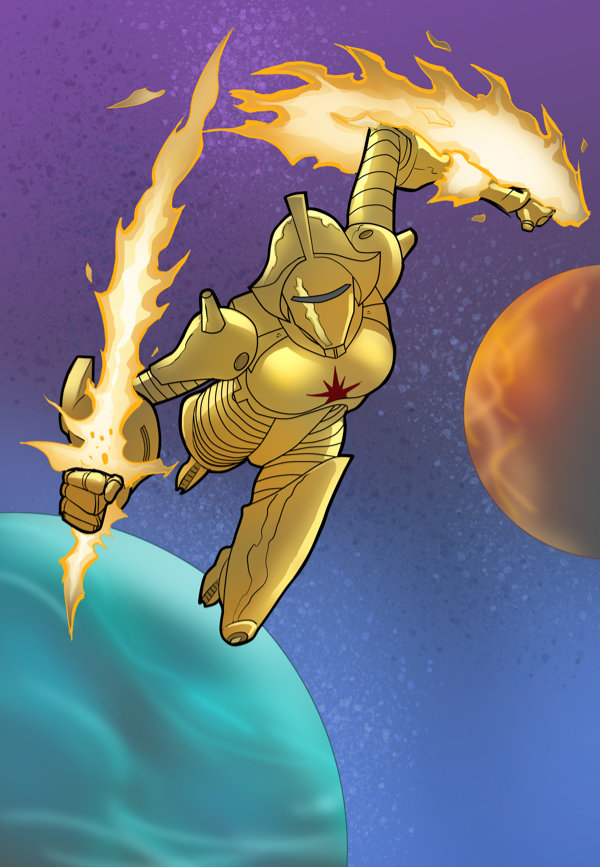 Maria Montoya, the child of immigrants, became a police officer in California, hoping to help protect her community. She couldn’t have guessed that one day she’d become the Star Knight of Earth and join the Freedom League. Wearing a suit of alien power armor and wielding the energies of the Star Stone in the form of a powerful sword and shield, now she protects the Earth and all its people. 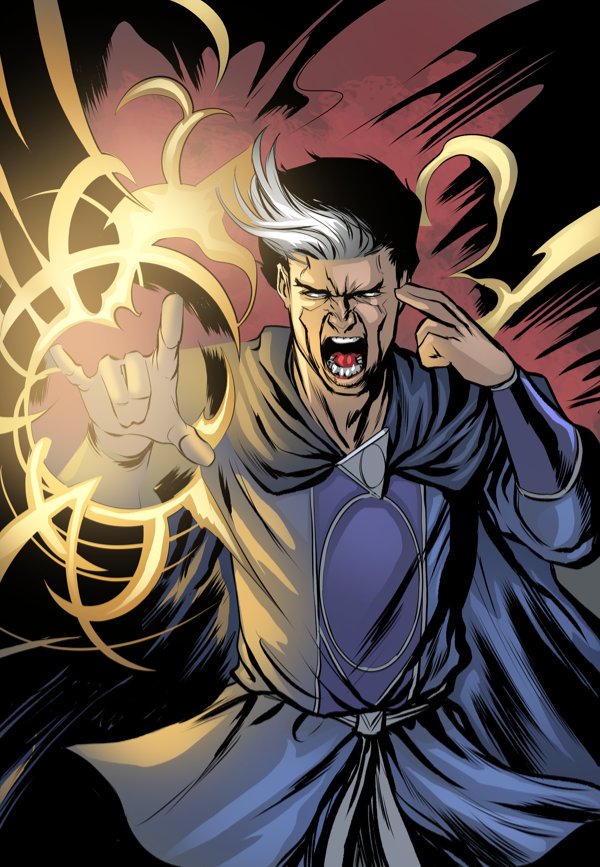 Eldritch is the Master Mage of Earth-Prime’s dimension. After numerous adventures as an archeologist in the 1930s that put him on the mystic path, he settled in to an unassuming house in the Riverside district of Freedom City. Only a few trusted allies know that the home’s 19th Century façade conceals Earth’s first line of magical defense. 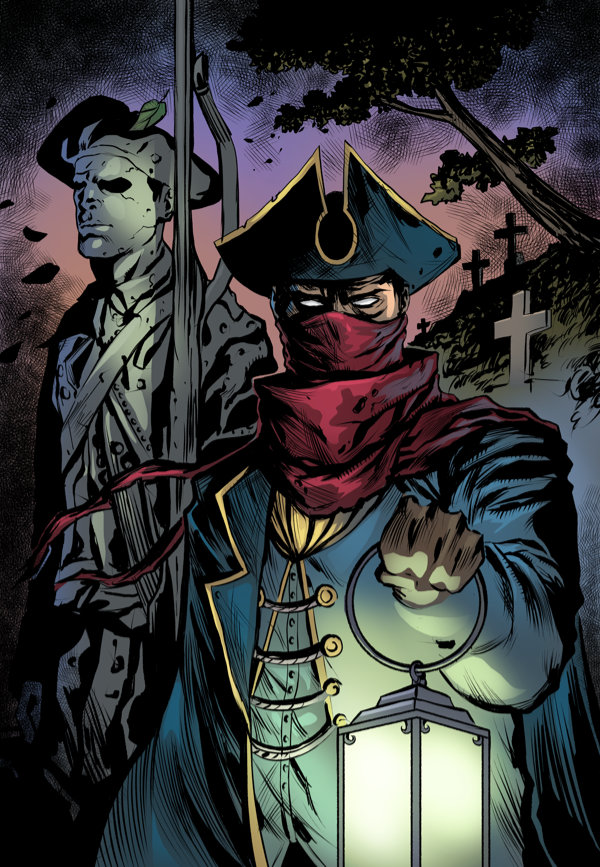 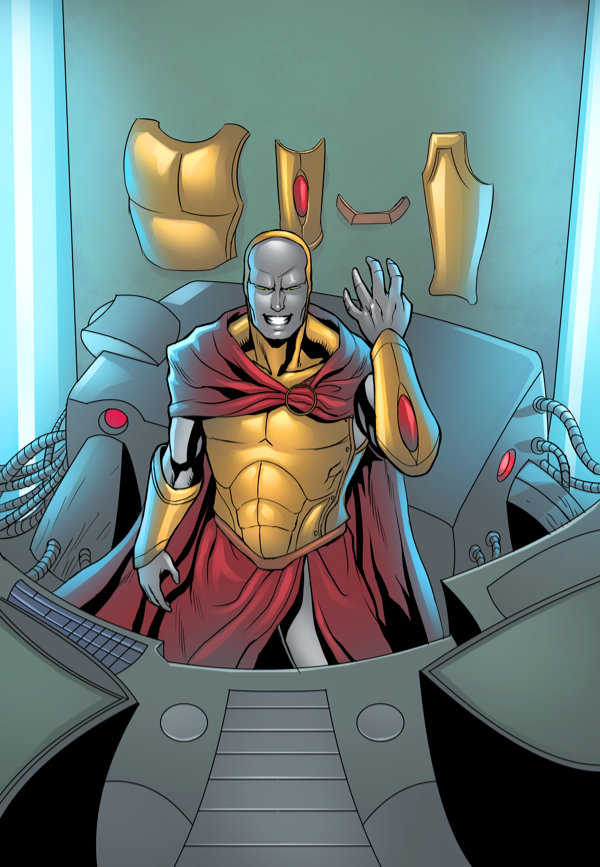 In their ongoing struggle with the Freedom League, the villainous high-tech Foundry constructed “Argo, the Ultimate Android,” an artificial being powered by a micro-singularity and able to reconfigure his protomatter form to mimic the powers of others. Argo is obsessed with eliminating the Freedom League and replacing biological life on Earth with machines like himself. 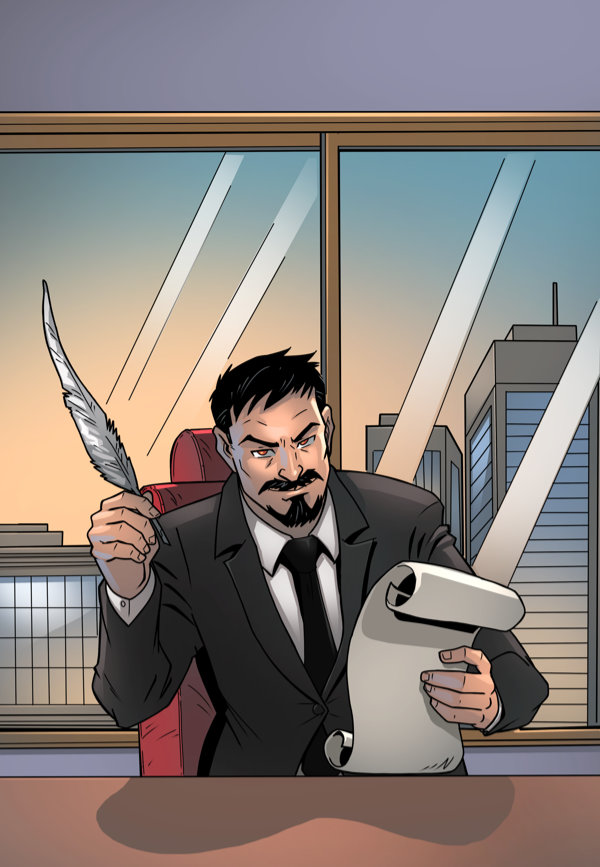 In the dark netherworld of Tartarus, Hades, the Olympian Lord of the Dead, broods. His elder brothers denied him dominion over anything save the underworld, and his siblings denied him his beloved wife, Persephone, for half of each year. Hades seeks to extend his dominion by bringing all of the world into the realm of the dead, making him the only god who truly matters. 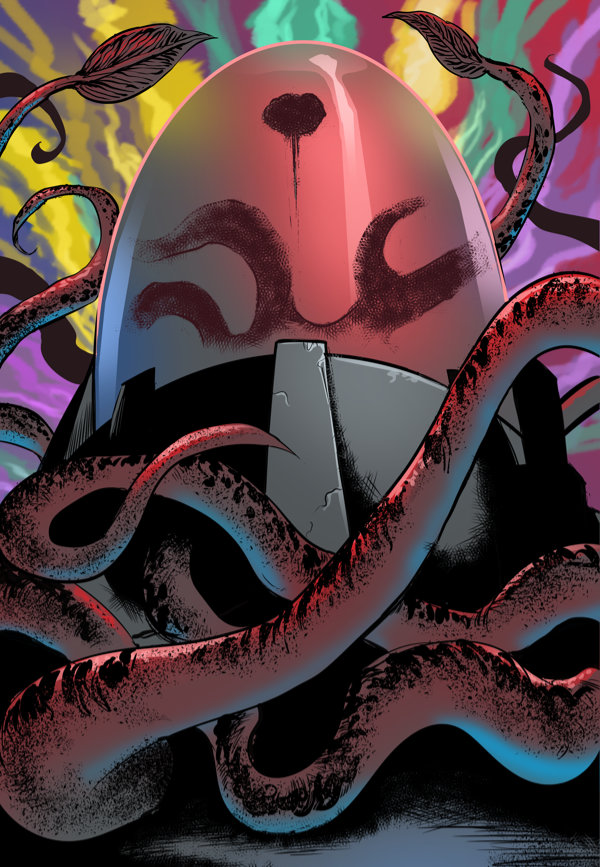 In the depths of space, on a shadowed world around an ancient star, was born the alien species known as the Grue. Metamorphic shape-shifters, the Grue share a telepathic group-mind, and the being known as the Meta-Mind is a living manifestation of it. In many ways, the Meta-Mind is the Grue, or at least their guiding intelligence, and all other Grue are just extensions of it, save for the few rogues who awaken to individuality, which the Grue hunt down to destroy and consume. 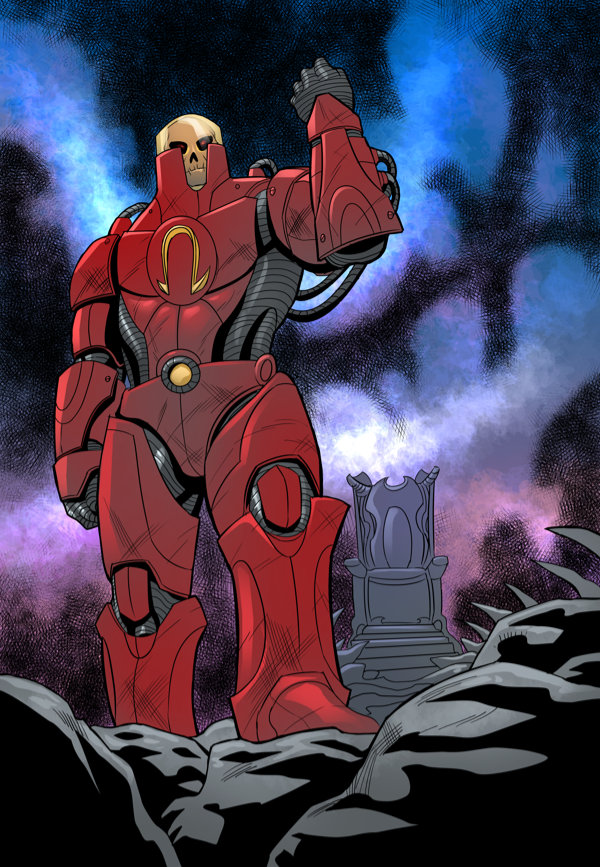 Omega is the Lord of the Terminus, a dead universe that invades and feeds upon others, until they are consumed and drawn, spiraling down, into the Doom-Coil. Earth-Prime has been the sole universe to defy the Omega, having stopped his invasion once at great cost. Now the Lord of the Terminus will not rest until that entire reality is crushed beneath his heel and fed to the Doom-Coil. 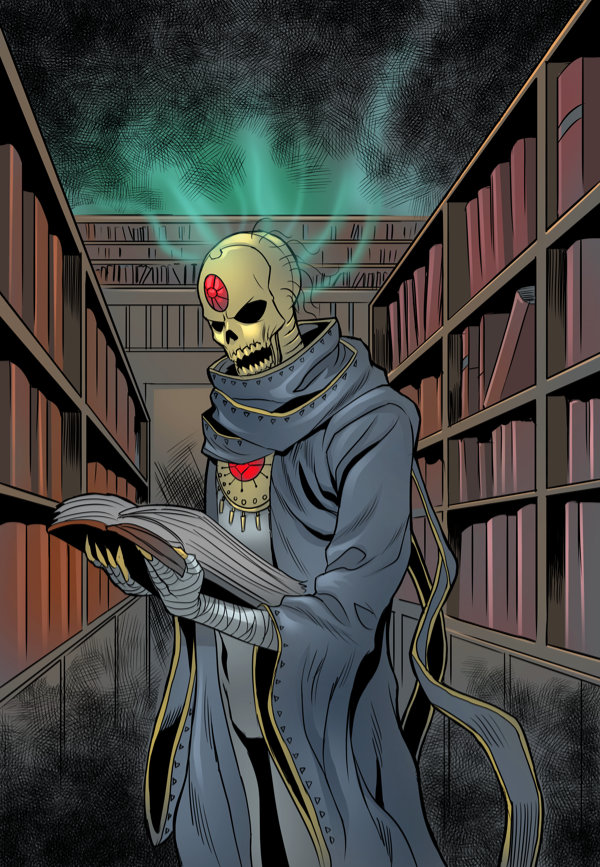 Malador was born millennia ago in the ancient realm of Atlantis. A master of the arcane arts, he earned the title of Master Mage, but betrayed his oath and his duty to humanity. Malador bargained with unspeakable evil entities from other dimensions beyond the ken of mortal minds. He sought power, knowledge, and eternal life above all else, and he will gladly betray the whole world to his monstrous masters.

Learn How To Play!

To learn the basics of the rules, watch this video from Greater Than Games and Geek & Sundry about Sentinels of the Multiverse. Sentinels of Earth-Prime shares the same rules but has a different setting and all new characters and environments.